In 2011 a Wonder Woman pilot was produced for NBC starring Adrianne Palicki as Wonder Woman.

In October 2010, Warner Bros. Television announced that writer-producer David E. Kelley was hired to write a new Wonder Woman television series, with the intention of pitching it to the major networks.[1] The major networks all turned down the series, but NBC, the final network to initially pass on the project, announced that they had ordered a pilot on January 21, 2011. The plot is described as "a reinvention of the iconic D.C. comic in which Wonder Woman -- aka Diana Prince -- is a vigilante crime fighter in L.A. but also a successful corporate executive and a modern woman trying to balance all of the elements of her extraordinary life."[2] On February 16, 2011, it was announced that Adrianne Palicki was selected to play the title role.[3] Elizabeth Hurley will guest star in the pilot as the villain, Veronica Cale, potentially recurring, and Tracie Thoms will be a series regular as Diana's personal assistant, Etta Candy.[4] Pedro Pascal was cast as Inspector Ed Indelicato and Cary Elwes will portray Henry Johns who runs the day-to-day operations of Diana's company.[5][6] Jeffrey Reiner will direct the pilot.[7] Several weeks later, Justin Bruening was announced as the actor cast to portray Steve Trevor, a veteran who now works in the Justice Department and Wonder Woman's former love interest.[8]

Justin Bruening
Steve Trevor
Add a photo to this gallery 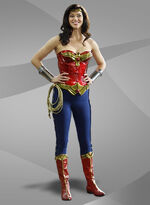 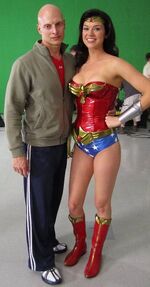 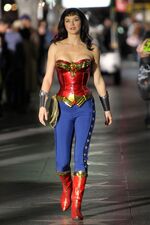 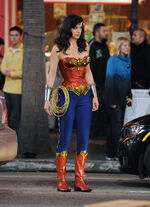 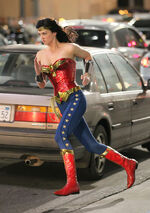 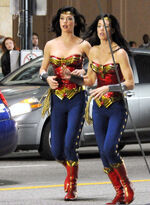 Retrieved from "https://wonder-woman.fandom.com/wiki/Wonder_Woman_(NBC)?oldid=27359"
Community content is available under CC-BY-SA unless otherwise noted.