Wonder Woman is a 2017 film that marks the first solo, theatrically-released film for the character after her debut in Batman v Superman: Dawn of Justice.

In present-day Paris, Diana receives a photographic plate from Wayne Enterprises of herself and four men taken during World War I, prompting her to recall her past. The daughter of Queen Hippolyta, Diana is raised on the hidden island of Themyscira, home to the Amazonian women warriors created by Zeus to protect mankind. Hippolyta explains the Amazonian history to Diana, including how Ares became jealous of humanity and orchestrated its destruction. When the other gods attempted to stop him, Ares killed all but Zeus, who used the last of his power to wound Ares and force his retreat. Before dying, Zeus left the Amazons the island and a weapon, the "Godkiller", to prepare them for Ares's return.

Although she initially forbids Diana to be trained as a warrior, Hippolyta reluctantly agrees to let General Antiope, Hippolyta's sister and Diana's aunt, train her, only more rigorously than any other warrior. Diana, now a young woman, rescues US pilot Captain Steve Trevor when his plane crashes off the Themysciran coast. The island is soon invaded by German soldiers that had been pursuing Trevor. The Amazons kill the crew, but Antiope sacrifices herself to save Diana. Steve is interrogated with the Lasso of Hestia and reveals that a great war is consuming the outside world and that he is an Allied spy. He has stolen a notebook of the chief chemist Dr. Isabel Maru, who is attempting to engineer a deadlier form of mustard gas under the orders of General Erich Ludendorff from a weapon facility in the Ottoman Empire. Believing Ares to be responsible for the war, Diana arms herself with the "Godkiller" sword, the lasso, and armor before leaving Themyscira with Steve to locate and stop Ares for good.

In London, they deliver Maru's notebook to the Supreme War Council, where Sir Patrick Morgan is trying to negotiate an armistice with Germany. Diana translates Maru's notes and reveals that the Germans plan to release the deadly gas at the Western Front. Although forbidden by his commander to act, Steve, with secret funding from Morgan, recruits spy Sameer, marksman Charlie, and smuggler Chief Napi to help prevent the gas from being released. The team reaches the front in Belgium. Diana goes alone through No Man's Land and captures the enemy trench, allowing the Allied forces to help her liberate the village of Veld. The team briefly celebrates, taking a photograph in the village, while Diana and Steve begin to develop their own romance.

The team learns that a gala will be held at the nearby German High Command. Steve and Diana separately infiltrate the party, with Steve intending to locate the gas and destroy it, and Diana hoping to kill Ludendorff, believing that he is Ares and thus killing him will end the war. Steve stops her to avoid jeopardizing his mission, but this allows Ludendorff to unleash the gas on Veld, killing its inhabitants. Blaming Steve for intervening, Diana pursues Ludendorff to a base where the gas is being loaded into a bomber aircraft bound for London. Diana fights and kills him, but is confused and disillusioned when his death does not stop the war.

Morgan appears and reveals himself as Ares. He tells Diana that although he has subtly given humans ideas and inspirations, using Ludendorff and Maru as pawns in the process, it is ultimately their decision to resort to violence as they are inherently corrupt. When Diana attempts to kill Ares with the "Godkiller" sword, he destroys it, then reveals to Diana that she is the "Godkiller", as the daughter of Zeus and Hippolyta. He fails to persuade Diana to help him destroy mankind in order to restore paradise on Earth. While the two battle, Steve's team destroys Maru's laboratory. Steve hijacks and pilots the bomber carrying the poison to a safe altitude and detonates it, sacrificing himself. Ares attempts to direct Diana's rage and grief at Steve's death by convincing her to kill Maru, but the memories of her experiences with Steve cause her to realize that humans have good within them. She spares Maru and redirects Ares's lightning into him, killing him for good. Later, the team celebrates the end of the war. In the present day, Diana sends an email to Bruce Wayne thanking him for the photographic plate of her and Steve and continues to fight and give on the world's behalf, understanding that only love can truly save the world.

Production Designer Aline Bonetto: "The island was a gift from the gods. They don’t cut into the stone, they use an open cave. They decide to live with nature, using what nature gives to them. These women respect nature… They are not primitive women, these women are educated. It was important for us to have water everywhere. Water is quite feminine in a way. In its movement and in its energy. It’s the symbol of life, and the women respect and protect life."[1] 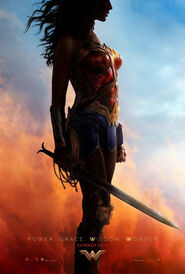 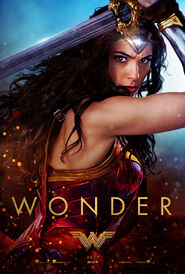 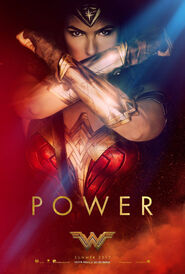 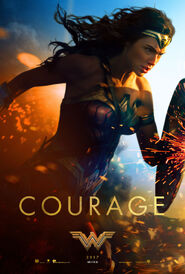 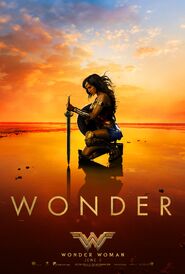 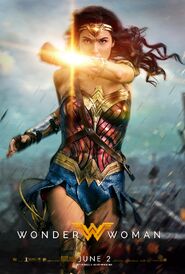 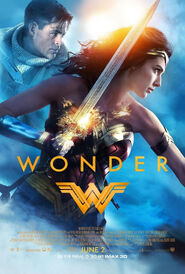 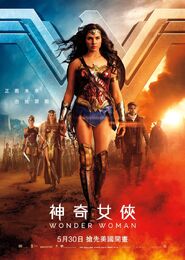 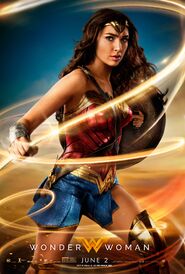 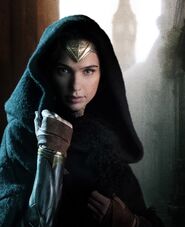 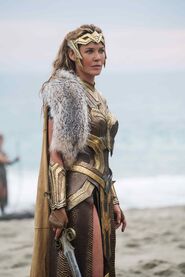 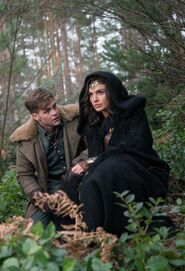 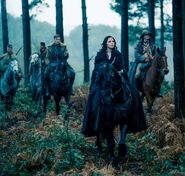 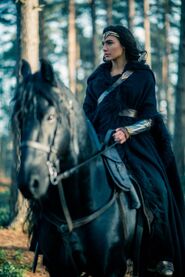 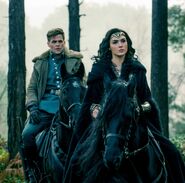 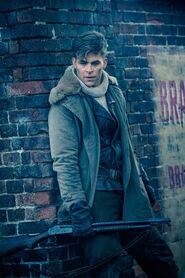 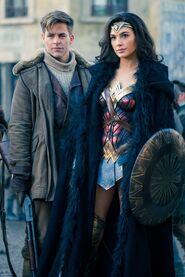 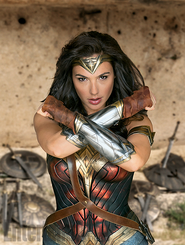 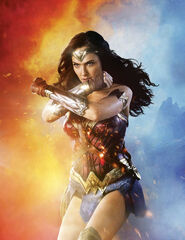 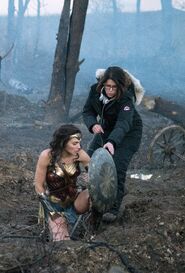 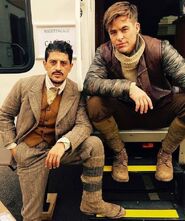 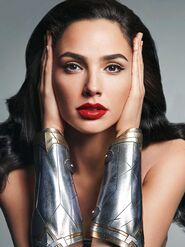 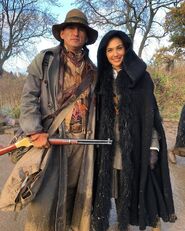 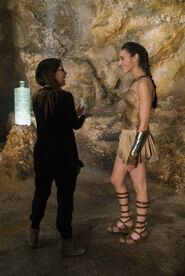