Dr. Veronica Cale sought to discredit Wonder Woman through Diana's controversial new book. Cale allied herself with some of Wonder Woman's deadliest enemies - using Dr. Psycho to create a riot outside of the embassy, up-grading the weaponry of the Silver Swan, helping Medusa in "man's world", and eventually teaming with Circe to help return Circe's daughter Lyta to her mother.

Cale's hatred of Wonder Woman seems to be founded in jealousy, as she believes if there is a Wonder Woman, it is her. Cale's father left before she was born, her mother died early of cancer. Cale, however, was able to gain a number of doctorate degrees and become a self-made millionaire and philanthropist. These accomplishments, Cale believes, have made her more worthy of revere than being born into fame and riches, as she believes Diana was.

Cale was a scientist who worked on the Four Horsemen project on Oolong Island. She became the President of the island when it attained sovereign nation status. 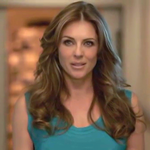 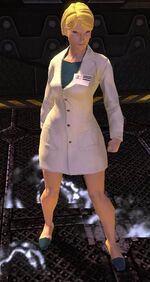 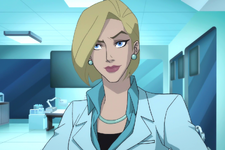 Constance Zimmer
Wonder Woman: Bloodlines
2019
Add a photo to this gallery
Retrieved from "https://wonder-woman.fandom.com/wiki/Veronica_Cale?oldid=27310"
Community content is available under CC-BY-SA unless otherwise noted.