A staple of the comic book superhero is the costume they wear either to differentiate themselves from their secret identity, or simply as a more practical means of engaging in combat. Clark Kent is known in popular culture for using a telephone booth to change into Superman, while The Flash stores his costume compacted into a tiny ring. Wonder Woman's method often uses a bit more flair.

In the 1970s, Lynda Carter developed the most famous method of transformation for the Wonder Woman TV series: performing a pirouette as a means to spin Diana Prince around, shedding her civilian fatigues, and emerging as Wonder Woman.

The practice has been emulated in the comics, which prior to the TV series, used other means. Most notably, this involved passing the loop of her lasso over her body to magically reveal her costume.

Justice League
"To Another Shore"
2005

Reign of the Supermen
2019
Add a photo to this gallery 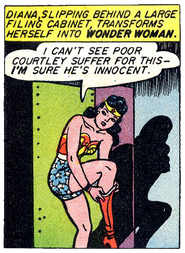 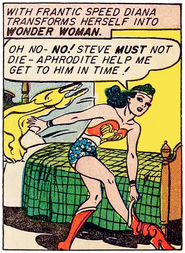 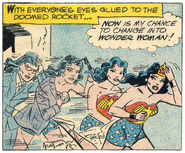 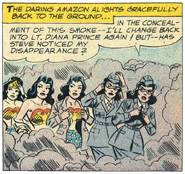 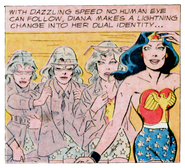 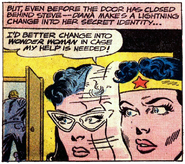 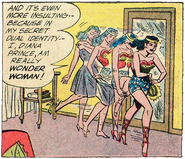 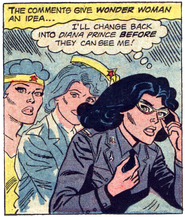 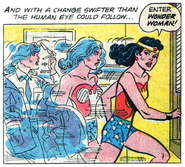 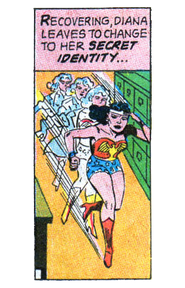 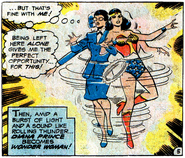 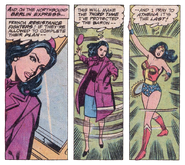 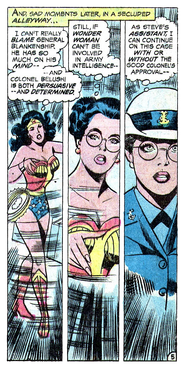 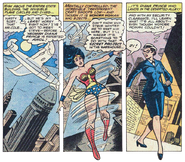 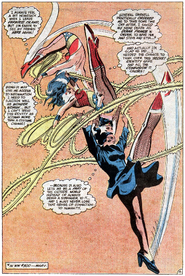 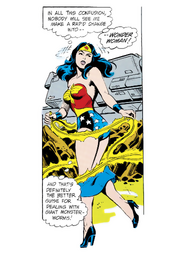 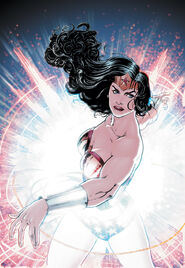 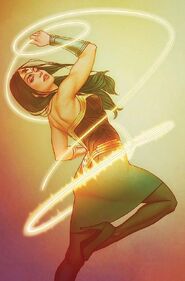 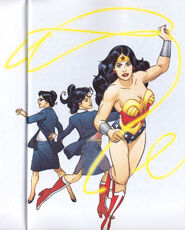 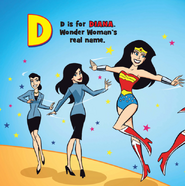 pop-up book
(date unknown)
Add a photo to this gallery
Retrieved from "https://wonder-woman.fandom.com/wiki/Transformations?oldid=26793"
Community content is available under CC-BY-SA unless otherwise noted.