Steven Rockwell Trevor is a character in the Wonder Woman line of comics. He is a trusted friend, love interest, and partner of Diana (Wonder Woman), who introduces her to "Man's World", and has served as Wonder Woman's United Nations liaison.

Steve Trevor was a intelligent Air Force officer during World War II when his plane crashed on Paradise Island, the home of the Amazons. He was then healed by Princess Diana who followed him to Man’s World and became Wonder Woman. Her other alias was Diana Prince. Steve often fought in the battles of World War II with Wonder Woman by his side. She was a nurse who followed him everywhere in case he needed to be nursed back to health. Even though Wonder Woman followed him everywhere, he was constantly in need of rescuing. Steve played her love interest and somehow failed to notice how similar Wonder Woman and Diana Prince were. The archetype of this role was reserved. Take Lois Lane for example, where she always needed rescuing as Marston (Wonder Woman’s creator) always liberated the woman role in comics.

After Marston had passed away, the supporting cast almost forgotten as only Wonder Woman, Hippolyta and Steve were the remaining cast. Diana’s feminist ways changed as well, as Steve was always been threatened by Diana’s natural lead role, and Diana even apologised for doing so. In the late 60s, Diana gave up her powers and cut her ties with the Amazons to stay with Steve, but he was killed off. In the mid 70s, he was brought back to life by Aphrodite and Wonder Woman’s powers were restored. Steve was renamed Steve Howard. Then in 1978, he was killed off once again. In issue #352 Dan Mishkin dealt with Steve’s different lives and managed to explain them and merge them together. During the early 80s, Steve and Diana merged together and became “Captain Wonder” and near the final issue, Steve married Diana.

In the second volume of Wonder Woman in 1985, all characters were re-introduced and Steve Trevor was now much older than Diana and the two of them never had a romantic relationship. Though later, it is revealed that he was the son of a woman called Diana Rockwell Trevor. Steve’s mother had landed on Paradise Island and helped the Amazons battle a large beast. Her bullet killed the beast, but her life was sacrificed. After her death, she had a proper Amazon funeral, and was one of the first to be considered an Amazon even though she was an outsider. From that, Hippolyta named her own daughter Diana. Ares then manipulated Steve to bomb Paradise Island and as he was nearing the island, he realised that by doing so, he would kill many innocents and his co-pilot, who was possessed by a demon fought with Steve and their plane plunged into the water. There, Diana dived in and saved him. She brought him back to the shores of Paradise Island, and there she recognised the insignia on his jacket and she decided from there on that she was to fight against Ares. Since then, Steve and Diana have become great friends. This version of Steve went on to marry Etta Candy. 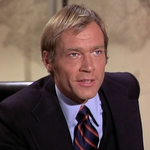 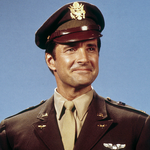 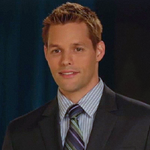 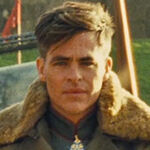 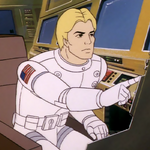 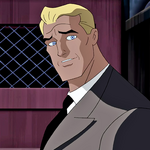 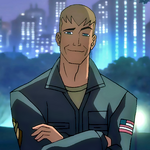 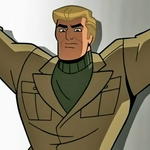 Sean Donnellan
Batman: The Brave and the Bold
2011 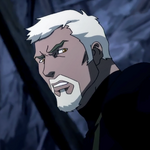 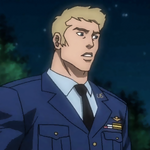 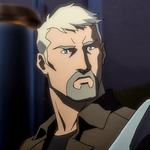 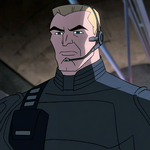 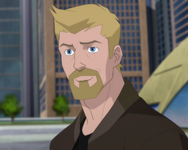 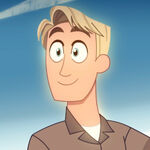 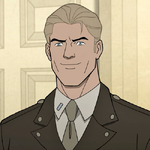