Philippus is the General of the Themysciran army of Amazons.

Philippus has been the personal protector of Queen Hippolyta and the mentor of Princess Diana. After Hippolyta's death, Philippus became chancellor of Themyscira, leading the Amazons in Diana's absence. She also participated in Amazons Attack, after Hippolyta was brought back to life by the witch Circe.

After Wonder Woman's world had been altered, Philippus continues to serve as Diana's personal bodyguard and ally.

Philippus has 3,000 years of combat experience providing her expertise in both hand-to-hand combat as well as with hand-held weapons. As a Themyscirian Amazon she also possesses immortality that allows her to live indefinitely in a youthful form, but does leave her open to potential injury and death depending on her actions. Philippus, as a Themyscirian, also possesses enhanced strength and intelligence. As shown by fellow members of her tribe, she has the capability to break apart steel and concrete with her bare hands, jump over 12 feet from a standing position, has a high durability factor, enhanced healing, and the ability to absorb and process a vast amount of knowledge in a short period of time.

Philippus, in addition to all the Themyscirian Amazons, also possesses the ability to relieve her body of physical injury and toxins by becoming one with the Earth's soil and then reforming her body whole again. The first time Diana does this she prays to her god Gaea saying: "Gaea, I pray to you. Grant me your strength. You are the Earth who suckled me, who nurtured and bred me. Through you all life is renewed. The circle which never ends. I pray you, mother Gaea, take me into your bosom. Please, let me be worthy." During writer John Byrne's time on the comic it was stated that this is a very sacred ritual to the Themyscirians, only to be used in the most dire of circumstances 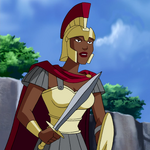 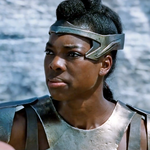 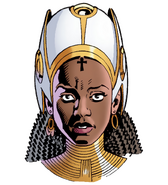 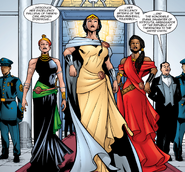 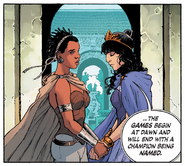