Orana was an Amazon warrior who challenged and defeated Princess Diana for the title of 'Wonder Woman' in Wonder Woman #250 (Dec. 1978). Following her victory, Orana insisted she be called "The New Wonder Woman". It is likely that Orana served as the inspiration for the creation of Artemis due to the similarities of the two characters.

Orana was an amazon warrior who craved the title of 'Wonder Woman' which was held by Princess Diana. To stake her claim, Orana envoked a challenge to Diana for the right to become the amazon's champion. Queen Hippolyta upheld the challenge, despite Diana's protests, and ruled a four-day tournament be held with the winner to be crowned the 'Wonder Woman'. The tournament was open to all amazon warriors and the contest trials would be based on the four natural elements... Earth, Water, Air and Fire.

Diana and Orana rose above their fellow contestants in each of the trials due to their superior abilities and quickly eliminated the field. Orana proved to be a very aggressive opponent with a win at all costs attitude which troubled Diana. On the tournament's final day, Diana and Orana (the only remaining contestants) were pitted against each other in a race held in outer space. The two Amazons would race each other, with meteors as their only means of solid ground, towards the finish line.

Orana quickly pulled away but in her determination to win, inadvertantly began to kick the meteors through the Earth's atmosphere. Diana quickly recognized the danger the meteors posed and abandoned the race to save the Earth. The Amazon princess' efforts were successful but at a cost of losing the final trial. The selfless act would not go unrewarded. Queen Hippolyta ruled Diana had shown tremendous bravery and declared her daughter as the winner of the tournament.

The Gods of Olympia however, overruled the Queen's decision and instead named Orana the victor. Diana did not appeal the reversal and surrendered the title of Wonder Woman to her young challenger. Orana, elated over her victory, departed for New York City to begin her super heroine career. Unfortunately, the red-haired amazon was not well received by the city's residents. Her aggressive nature and inexperience led to an embarrasing incident in which she prevented the police from apprehending a terrorist named, Warhead.

Meanwhile on Paradise Island, Diana managed to hijack an Amazon spaceship and departed for New York City. The princess decided if she couldn't be Wonder Woman, she would continue to live her life in her alter ego. Orana quickly discovered Diana left the island and confronted the princess in her apartment. The New Wonder Woman demanded to know why Diana had violated the Amazon law of leaving the island.

Diana told her angry sister that she only wished to continue the life she started as her alter ego. Diana pledged to stay out of Orana's way but pointed out how the media had begun to criticize the job her replacement was doing. The young upstart arrogantly declared that she could handle any threat, even the one posed by the terrorist she had inadvertantly allowed to escape earlier, Warhead.

Diana reacted with shock at the mention of Warhead's name and warned Orana to be careful. Orana initially ignored Diana's pleas but finally had to admit her own inexperience in these matters. While piloting the Invisible Plane, Orana spotted Warhead and his henchmen in their helicopter but unbeknown to her, the terrorist planned to attack New York City with a nuetron bomb which was thundering down from space.

Diana spotted the threat and leaped into action. She somehow managed to catch the falling bomb and leap aboard the Invisible Plane. Diana called out to Orana to order the plane to climb higher, but her command would go ignored. Orana, still preoccupied defending herself from bullets, tells Diana not to order her around. The inadvertant distraction provided by Diana causes Orana to momentarily lower her defenses and Warhead takes full advantage. He grabs a machine gun from one of his henchmen and opens fire.

Before Orana can react the bullets strike the New Wonder Woman, killing her. In a blind rage of fury, Diana hurls the bomb at Warhead's helicopter and destroys it. The threat now over, Diana takes over the controls of the Invisible Plane and pilots it back to Paradise Island. Following her arrival, Diana exits the aircraft carrying the body of Orana in her arms.

The Amazons gathered bow their head in sorrow as Diana carries Orana to an alter where she lays her former rival to rest. The title of Wonder Woman is then passed back to Diana as Queen Hippolyta presents her daughter with a new uniform. 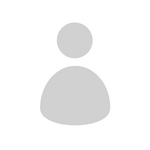 Mayling Ng
Wonder Woman
Add a photo to this gallery
Retrieved from "https://wonder-woman.fandom.com/wiki/Orana?oldid=24328"
Community content is available under CC-BY-SA unless otherwise noted.