Queen Hippolyta is the mother of Wonder Woman and the adoptive mother of Donna Troy.

Hippolyte first appeared in All Star Comics #8 (1941) in the same backup feature that introduced her daughter, Wonder Woman. According to legend, Hippolyte and the Amazons once resided in "Amazonia" in the days of ancient Greece.

The Amazons lived peaceful lives, however, until they were bested and beguiled by Hercules. To regain their freedom, the Amazons were forced to leave Man's world and relocate to Paradise Island. There they established their own society, free from the evils of man's world.

For the most part, Hippolyte usually remained on Paradise Island, rarely interacting with the modern world to which her daughter had journeyed. Her role was that of the Amazon Queen and mentor to Wonder Woman. She was devoted to the Olympian goddesses, particularly the Amazons' patron Aphrodite, and was adamant that man never be allowed to set foot on Paradise Island. Although she remained mainly on the island, in one memorable story from Sensation Comics #26 (reprinted in Wonder Woman: The Complete History), Hippolyte travels to Man's World and briefly assumes the role of Wonder Woman to save Diana's life

In the 1960s, when DC Comics introduced the concept of the Multiverse, this Hippolyte was established as existing on the world known as Earth-2. This incarnation was phased out around issue #97 of the original Wonder Woman comic when the focus shifted from Earth-2 to the more modern versions of the characters on Earth-1. The Earth-1 Hippolyta (different spelling, same pronunciation) continued thereafter and had blonde hair. Her history was largely similar to the Golden Age version, though a few significant details diverge from the original. For example, it was established that Hippolyta had a second daughter, a dark-skinned Amazon named Nubia who was to be Wonder Woman's twin sister. She was also the adoptive mother of Donna Troy, who had been rescued from a fire and brought to Paradise Island. As before, Hippolyta's role in the Silver Age era was primarily that of Paradise Island's queen and mentor to Wonder Woman. She was frequently shown interacting with her daughter as well as supporting characters of the era such as Wonder Girl (both Donna Troy, and a younger Diana went by that name) and Wonder Tot (also Diana as a baby). According to the DC Comics 1976 calendar, Hippolyta was born on January 8.

In the Post Crisis universe, Hippolyta stood 5'9", weighed approximately 130 lbs, and had curly black hair. This version of the character had a sister, Antiope, who ruled as a second to Hippolyta in all affairs. The Amazons eventually founded the city of Themyscira in Anatolia and became known as fierce warriors of peace in Turkey, Greece and Rome. Their job to spread the message of Gaea (peace, tolerance and equality) was difficult however, because few men trusted the Amazons, creating great conflict for them. As time went on, they became more isolated, even as their population grew due to freeing women from slavery. They lived peaceful lives, however, until the they were bested and beguiled by Herakles. To regain their freedom, the Amazons were forced to relocate to an island under which lived "an unspeakable evil." Some Amazons, however, chose to stay behind and seek revenge, and eventual became the Bana-Mighdall. Hippolyta's Amazons established their own society, free from the evils of man's world. They called the island Themyscira.

Hippolyta's love of Diana at times appeared to take precedent over the welfare of her people. Though her motherly love was fierce and unwavering, it eventually conflicted with her rule of the Amazons. When she reached adulthood, Princess Diana became the hero Wonder Woman. To aid her in her mission, the Olympian gods transformed the Golden Girdle of Gaea that Antiope gave to Hippolyta (when she abandoned the Olympian Gods) into the Lasso of Truth. Later, Hippolyta declared that Themyscira would finally create exchange with outside countries. Unfortunately their interaction with the United Nations was met with mixed impressions, due to the machinations of the sorceress Circe. Some mistakenly saw the Amazons as savages, unworthy of U.N. entry. Others saw the Amazons as beacons of hope. Diana became Themyscira's ambassador, relaying all of Hippolyta's wishes to the U.N. Many years later, Hippolyta foresaw Wonder Woman's death. Fearful for her daughter's welfare, she put into motion a plan to remove Diana from her role as Wonder Woman and replace her with another Amazon. Thus a new Contest for the title was called, although she kept her true reasons for calling it a secret. Initially, Hippolyta thought the Amazons of Bana-Mighdall were not worthy to enter the Contest, but Diana, angered at her mother's treatment of the new Amazons, called a vote if they should be allowed to participate. The vote allowed them to compete. Suddenly inspired, Hippolyta noticed that the Bana-Mighdallian most likely to win was called Artemis. Hippolyta created many obstacles for Diana to encounter during the trials to sidetrack her from winning. Due to this, Artemis won and became the new Wonder Woman. Later, Diana began to receive visions of the past, and she confronted her mother on why she really called for the Contest. When Hippolyta told her, their relationship shattered because Diana could not forgive her mother for intending to send another Amazon to her death.

After Artemis was killed in battle, the Wonder Woman title was returned to Diana. This made Hippolyta go into a deep depression as she realized she was the cause of an innocent's death. Hippolyta gave command of Themyscira to General Phillipus and went into self-imposed banishment. Eventually, when Diana was killed by the demon Neron, Hippolyta took on the mantle of Wonder Woman as penance.

As Wonder Woman, Queen Hippolyta traveled back in time travel to the 1940s with Jay Garrick. After this mission, she elected to join the Justice Society of America and remained in that era for eight years, where her teammates nicknamed her "Polly". During that time she had a relationship with Ted Grant. Hippolyta also made visits into the past to see her godchild Lyta, daughter of Hippolyta's protege Helena, the Golden Age Fury. These visits happened yearly from young Lyta's perspective and also accounted for Hippolyta's participation in the JSA/JLA team ups. When she returned from the past, Hippolyta took Diana's place in the JLA as well.

Enjoying her newfound sense of freedom, Hippolyta did not wish to relinquish her title as Wonder Woman (even though she admitted her daughter looked "better in a bathing suit" than she did), leaving two different Wonder Women acting in the same role at the same time. Diana was often unhappy with Hippolyta's continued role as Wonder Woman as she felt Hippolyta was ignoring her true duties as ruler of Themyscira (and undoubtedly because she did not want her mother risking her life), thus further inciting the antagonism between mother and daughter.

Hippolyta soon accepted Donna Troy as a second daughter and held a coronation on the island, proclaiming Donna to be the second Amazon princess and an heir to the Themyscirian throne. On one visit to the island, Diana discovered that the tribes of Amazons were on the verge of a civil war due to unresolved issues and mysterious acts of sabotage made on the Bana-Mighdallian's construction of their city. When both Diana and Donna confronted Hippolyta about her inaction at such a dangerous time, Hippolyta became upset with her two daughters and told them that she intended to continue her role as Wonder Woman in the outside world and that Diana and Donna were to rule the island in her absence. Unfortunately, the civil war took place and several Amazons on both sides were killed. Returning to the island, Hippolyta and Diana agreed to denounce their royal titles in order for both Amazon tribes to have an opportunity for peace, having both tribes gain equal footing in united rule.

This version of Hippolyta was killed in the Our World at War story arc, while Imperiex is attempting to destroy the universe. She is resurrected several years later in a plot by Circe, but regains control over her own destiny shortly after.

After the New 52 relaunch was established, Hippolyta was radically altered. A blonde, she was a warrior queen from a savage group of Amazons, who rape, pillage, and behave barbarically. As a lover of Zeus, Diana is the result of that relationship, and Hippolyta lied about her birth (using the "made from clay" story) to protect Diana from Hera's wrath. As punishment, Hera turned her to stone.

After DC's REBIRTH relaunch, Hippolyta has been returned to her peace-loving, brunette version. Although Greg Rucka tried to ret-con the Zeus-as-father idea, DC seems to have confirmed it, since it jibes with the popular WONDER WOMAN movie (2017). 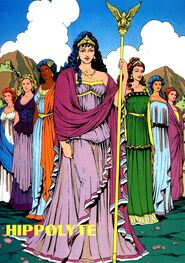 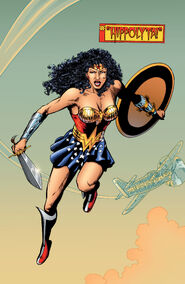 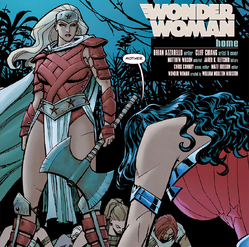 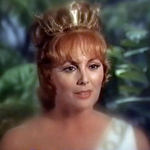 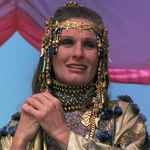 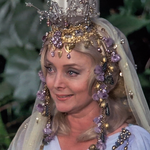 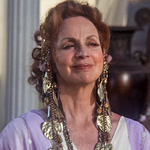 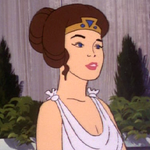 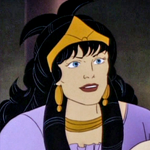 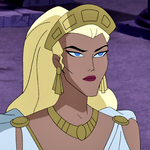 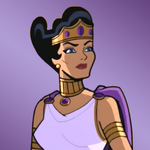 Tippi Hedren
Brave and the Bold
2011 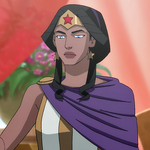 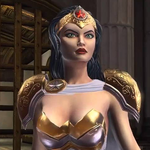 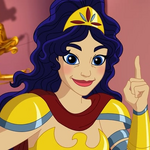 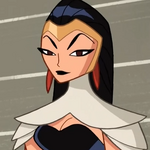 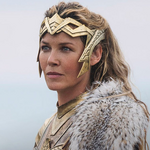 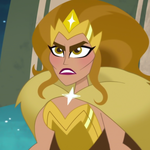 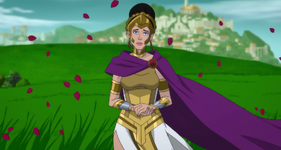 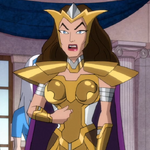