Adventure Comics is a comic book series published by DC Comics under several title variations from 1938 to 1983 and again from 2009 to 2011. It is perhaps most notable for featuring stories with Superboy and the Legion of Super-Heroes for 277 issues from 1946 to 1969.

Beginning with issue #459 (October 1978), Adventure Comics went from a title featuring a character in each issue, to an anthology collection with several characters featured in the own separate, original stories each issue. Wonder Woman featured in six of her own stories outside of her regular title.

In an editorial introducing the new format, Paul Levitz explained, "While Diana's own magazine focuses on her new career as an astronaut trainee, and the science-fiction plotlines that spawns, her adventures here will pay more attention to the mythological background that makes her unique among our super-stars, and featuring her in action against super-villains she has never fought." 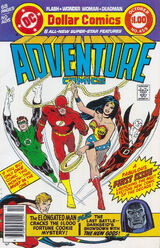 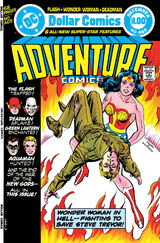 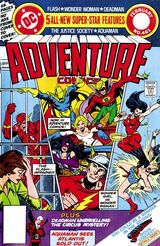 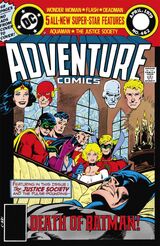 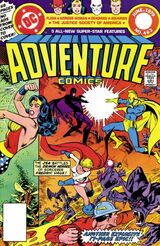 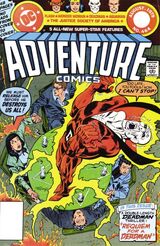 Adventure Comics #464
Add a photo to this gallery
Retrieved from "https://wonder-woman.fandom.com/wiki/Adventure_Comics?oldid=23864"
Community content is available under CC-BY-SA unless otherwise noted.